The Guild of Photographers – Image of The Year

In the last year or so I have entered images into competitions and been successful in gaining several awards, allowing me to officially call myself an award winning baby photographer.

Earlier this year I began entering images into The Guild of Photographers, Image of the Month competition for a 2nd year.  In April I was blown away when I discovered that I had been awarded a Silver for one of my images of little Arlo. In that particular month there were over 1500 images entered into the competition and only 160 images achieved a Gold or Silver award. These are images submitted by pro photographers across the world, so you can imagine how delighted I was to achieve a Silver award.

I also received bronze awards for 2 further images of little Arlo, which again may me incredibly proud. Being an award winning baby photographer means so much to me, as it give my work a seal of approval from some of the most talented photographers & judges from across the country. 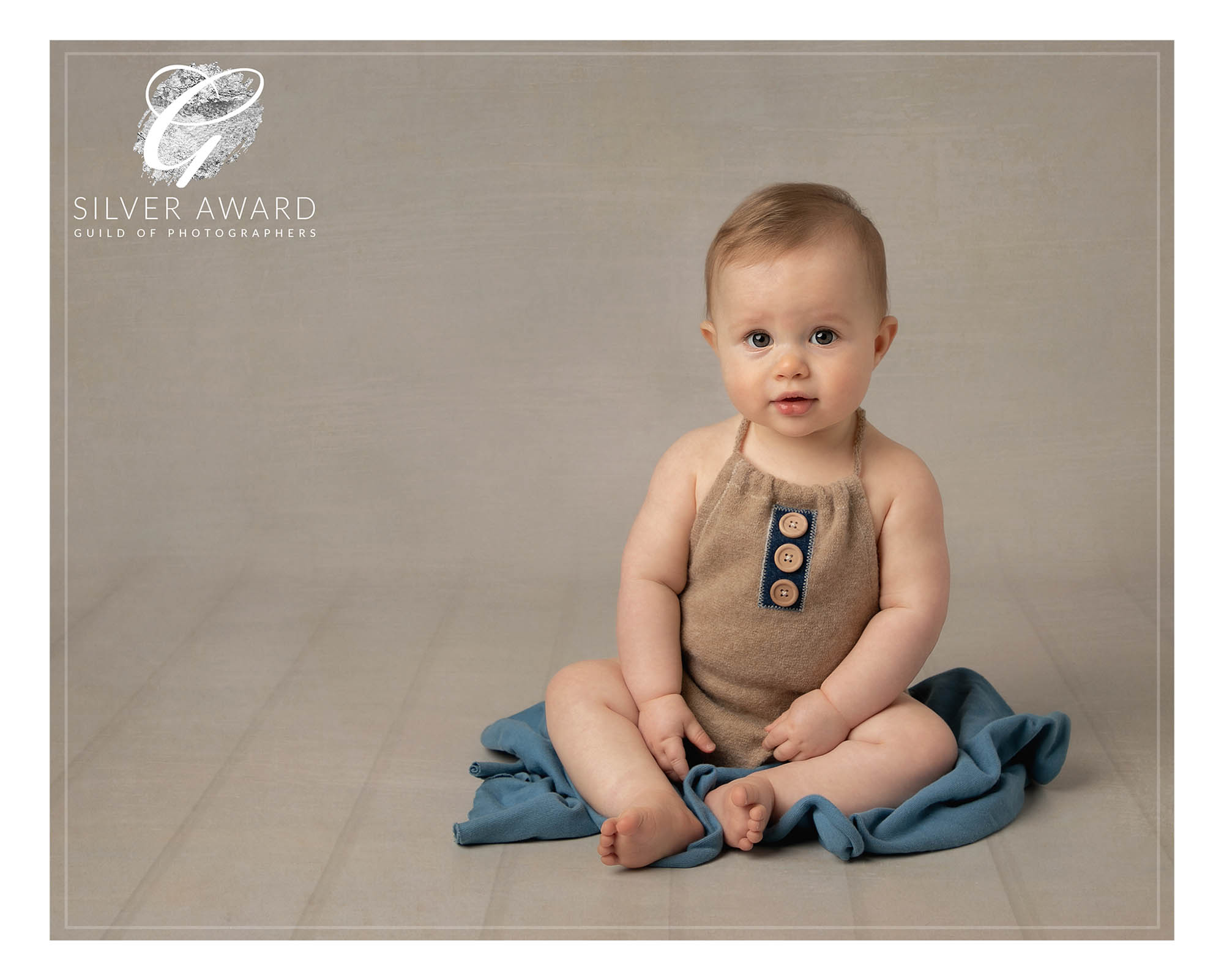 On Tuesday this week, I received the most amazing news. My Silver award winning image of Arlo, has been shortlisted in a group of just 10 images, to be put forward for the Image of The Year, for the Baby & Toddler category. I am blown away and so overwhelmed with pride. 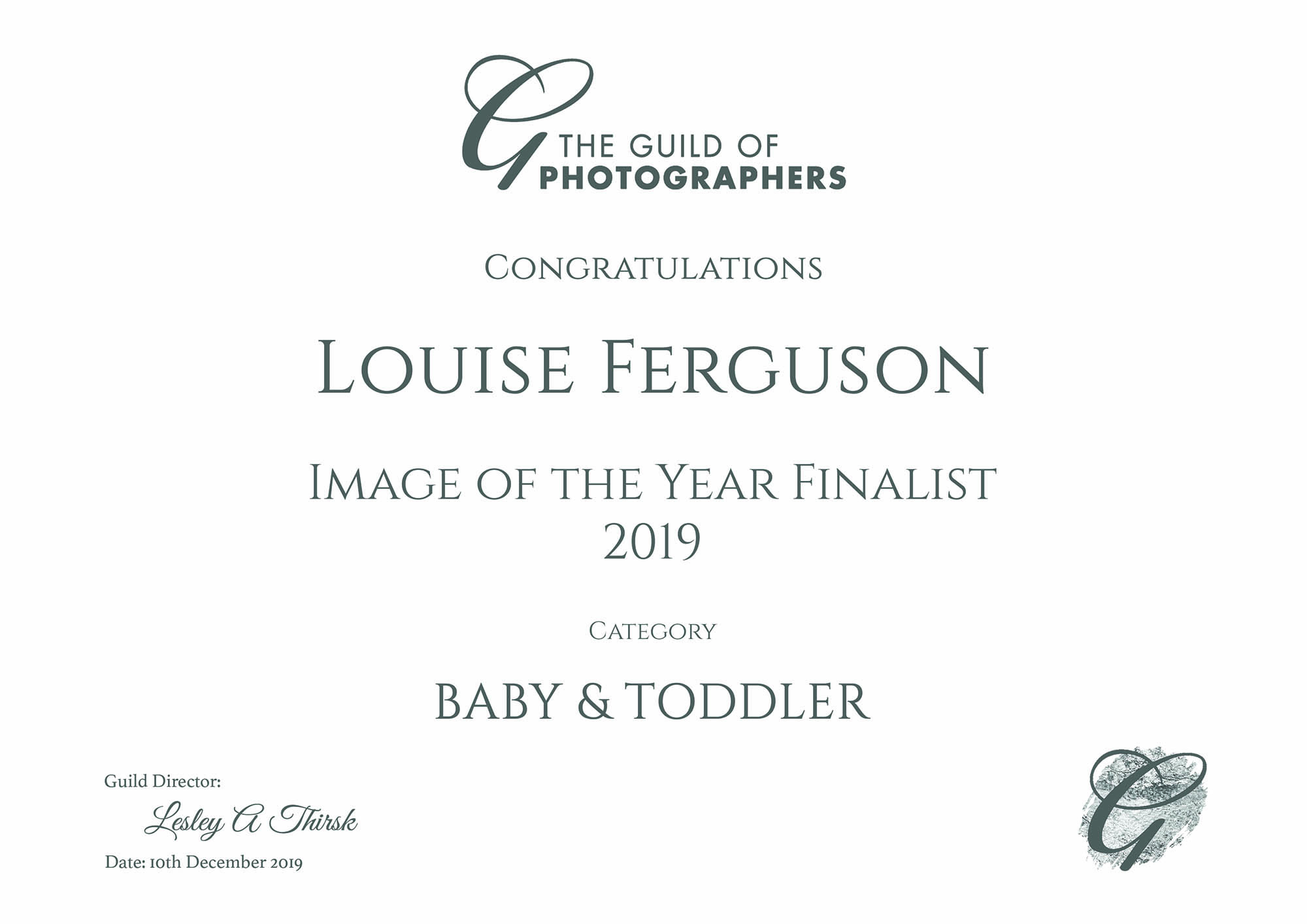 Louise, a photographer based in Glasgow has reached the Final of the fiercely contested Guild of Photographers Image of the Year Competition.

The Guild is a highly respected UK based association for photographers which has members from overseas as well. Each year it runs an on-line monthly photographic competition, judged by internationally respected judges with awards given to the best entries.

During 2019, the competition has attracted over 13,500 entries from the most talented of photographers.

It has recently been announced that from all the entries across the year, the Guild’s Judges have selected JUST10 images in various genres to go forward to the annual Image of the Year Final. Those selected really are the best of the best, and an image by Louise is one of those selected as a Finalist!

Guild Director Lesley Thirsk said “One of the Guild’s aims is to drive standards and creativity amongst photographers. Our competition certainly does that, for the standard of the entries we see each month is quite staggering. To have an image recognised by the Guild in the monthly competition is difficult enough, so to have an image selected as being one of the best in a category for the end of year Final is without doubt an incredible achievement, and shows just how talented photographer, Louise is.”

Louise said “I am flattered to have received this award. There are so many talented photographers in my field. To have been recognised by the Guild is a major compliment and has exceeded anything I could have expected. I spend a lot of time working on every portrait. This recognition makes the effort completely worthwhile.”

In early December, highly regarded Judges gathered together from across the country and overseas to choose the overall winner.

The final outcome will be announced at a lavish Awards night in a magnificent Jacobean mansion in Cheshire on the 1stFebruary 2020.

The winner will be announced in February. I’m hoping that I can go along to the awards night and join in with the celebrations with fellow photographers & friends. Keep everything crossed for me!

Here are some more gorgeous images of Arlo which won me Bronze awards too. 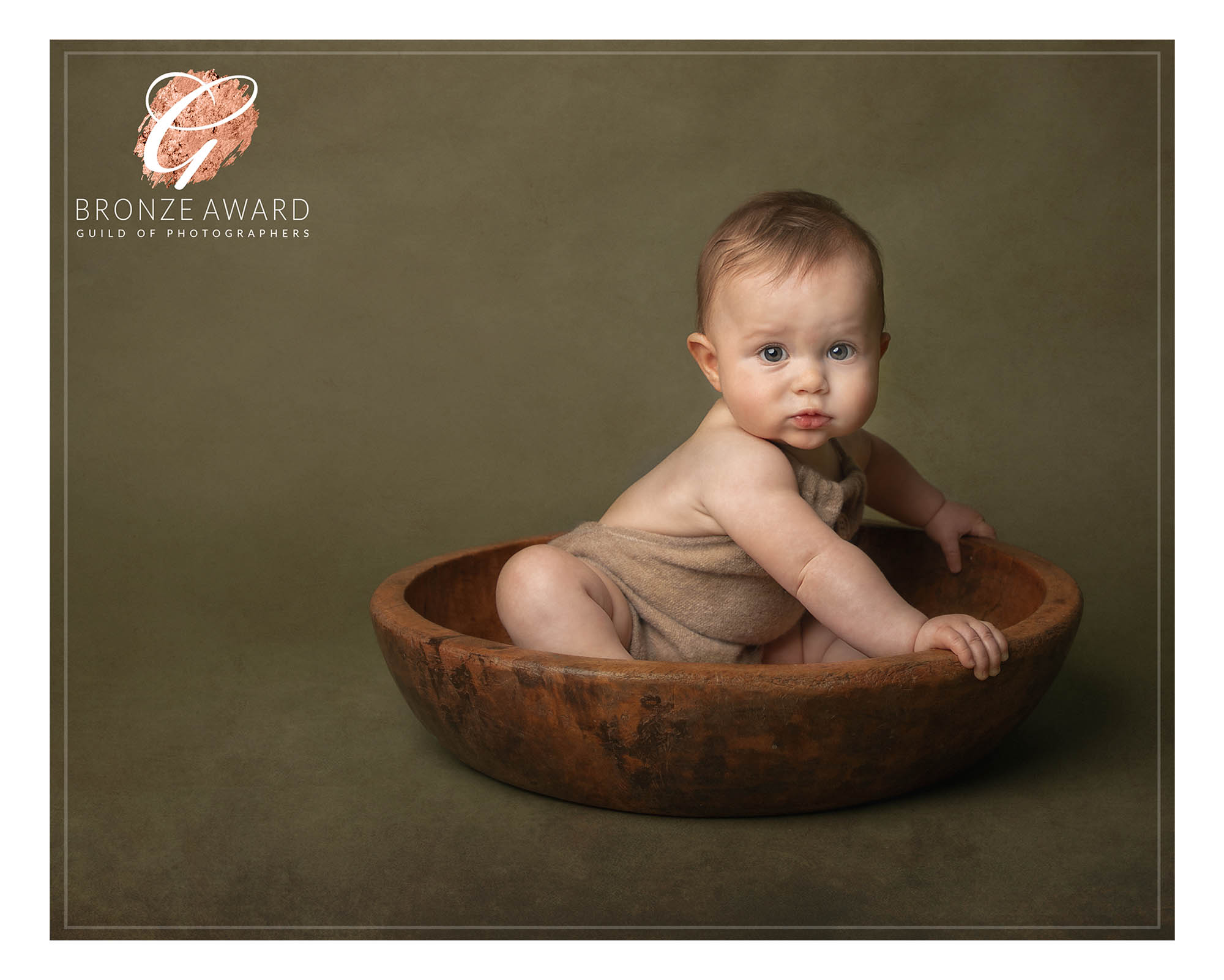 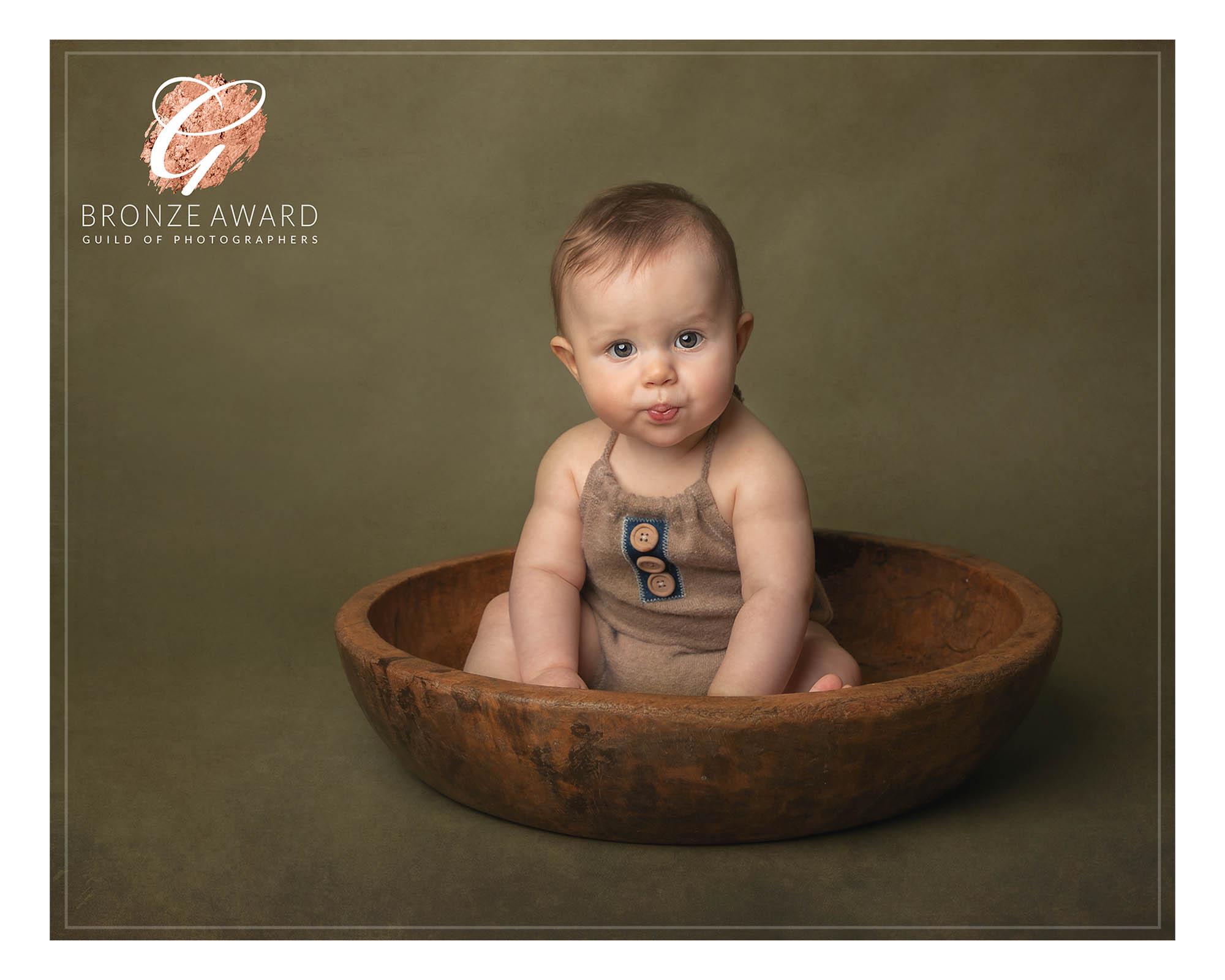 Arlo came to me for a Little Sitter session at the age of around 8 months. Little Sitter sessions are perfect for babies who can sit unaided but are not yet walking or crawling. I just love these sessions as they really capture their little personalities, whether they choose to smile, frown or giggle, these images will give you memories of them as they grow and beautiful portraits to display in your home.

If you would like to book a sitter session for your baby, please do get in touch. I provide all of the outfits, props and accessories at my beautiful studio in Glasgow. Parent & sibling images can be included at no extra cost. Sessions are just £50.

Joanne, a friend and a Hertfordshire Personal Brand Photographer has written a blog this week talking about personal brand photography. A great read if you run your own business and would be interested to know more about how you can bring your brand to life.